In addition to pursuing sales opportunities with brand marketers and their agencies, advertising professionals have an interesting set of prospects that crop up around election season.

If you’ve been hoping to meet your quota by cashing in on political spending, you know better than anyone that these opportunities come with a unique set of challenges. Candidates running for office spend like crazy for a short period of time, and then the names on the ballots change. On top of that, the decision-makers in charge of their marketing budgets (let alone direct contact details) are not necessarily the usual suspects that are readily available in your CRM – or even in any sales intelligence tool or lead list you have access to – until now.

Earlier this week, Winmo unveiled two special reports detailing advertising decision-makers handling 40+ election campaigns across the country. How can this help you? Rather than rack up countless hours researching who’s spending what where, and for which candidate, we’ve rounded up those details for you! In addition to campaign and agency side decision-makers for presidential campaigns, we released Top 50 Political Advertising Agencies of 2016. To maximize the impact on your prospecting, we listed:

For a glimpse of some of the opportunities captured in our report, here are just three of the political contests that are shaping up to be a focal point for media and marketing sales professionals.

The primary for this battleground contest is in June, and still the successor to the incumbent is anything but clear. With Senate Minority Leader Harry Reid’s imminent retirement, this race has been thrown wide open. As a result, candidates on both sides are mounting well-funded advertising campaigns.

Among the many candidates who’ve officially filed to run for the position, we have an eye on U.S. Representative Joe Heck, a Republican currently representing Nevada’s 3rd district. He previously served in the Nevada State Senate, and is working with several agencies we’re tracking, including the shop responsible for placing media for Chris Christie’s White House bid.

Note that as Heck will depart the House in order to run for Reid’s seat, those vying to replace him in Congress include Andy Matthews, another candidate linked to one of our Top 50 Political Ad Agencies.

This race is shaping up to be interesting for several reasons. Encompassing the suburbs of San Antonio and El Paso, Texas’s 23rd district is sandwiched between the more conservative districts to the north, and the more liberal districts to the south. As the line of transition from red to blue, it represents a voting public whose mixed affiliations mean uncertain election outcomes, and more ad dollars needed to secure victory.

The 23rd district is currently represented by Congressman Will Hurd, a Republican working with the same agency handling online advertising for John Kasich (details in our report).

Based on Hurd’s voting record, he’s a fairly moderate conservative who may have a shot at winning moderate Democrats and Independents.

With Rubio vacating his seat, a battle is ensuing over who will be named his successor. Cook Political has labeled the race a Toss Up, meaning the outcome is anything but clear and thus ad spend from those vying for the position is likely to be high.

Ahead of the August primary, three Democrats and eight Republicans have filed to declare their candidacy, and we’ve been tracking three (and the ad agencies on their payroll) very closely.

Rep. Patrick Murphy, currently serving in the House, is looking to claim Rubio’s seat for the Democrats. And he has some serious political clout, namely the backing of President Barack Obama. Murphy faces in-party opposition from fellow Democrat and Florida Congressman Alan Grayson, whom we’ve determined is working with Main Street Media to win over voters through targeted media buys.

On the Republican side, Carlos Lopez-Cantera, despite falling behind fellow GOP Senate hopefuls in campaign contributions raised to date, appears to be spending a decent amount in hopes of being the one who retains the seat for his party come November.

Need help making sense of all the opportunities out there this election season?

Winmo’s comprehensive political resource can guide you to the agency decision-maker involved in these opportunities, as well as candidates running in markets ranging from New York, Wisconsin, Ohio and Pennsylvania to California, Colorado, Alaska and many states in between. By linking these candidates to their agency partners, you can open doors with political ad agencies including GMMB, Targeted Victory, i360, Rising Tide Interactive, Blue State Digital, Mentzer Media and more.

Get Winmo’s Top 50 Political Agencies of 2016 for all details!

Interested in the presidential contest? We’ve got you covered there as well. Download Presidential Campaign Decision-Makers for the leading four candidates, plus their agency partners. 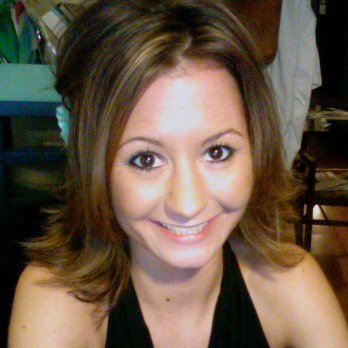 Marilyn has helped media, sponsorship and adtech sales professionals build winning prospecting strategies for the past decade, cultivating a deep understanding of the advertising industry and players within it. In her current role as Product Marketing Director at List Partners Inc., Marilyn takes pride in fueling growth and profitability by empowering sellers to win more business.