Now you know some dos and don'ts of prospecting email sales outreach, Dave Thomson explains how the best-performing sales people follow up with their leads.

In this video you'll learn:

If you need to generate a list of prospects fast, Winmo’s filters can help you find the right person, in the right organization who has budget to spend. Grab a free trial here!

Hey it's Dave Thomson over at The List, home of Winmo, and this is our second video in a series of videos designed to help sales reps prospect more effectively and more efficiently.

In the last video I talked specifically about targeting your top tier prospects with very personalized cold call emails. What I want to talk about next is once you send that email what happens next? What you should do?

Where I see a lot of new sales reps falter is that they don't send another email and then they won't schedule another task or to do. A lot of times what I'll see is, looking in my CRM with my team, is maybe one email sent or two emails over the course of a few weeks and then that individual's on to another opportunity another target. And they've wasted a lot of time researching finding a great prospect putting together a very personalized email and just sending one or two emails and then moving on.

What I recommend is that when you send that first email, the very next day, within 24 hours, put some type of notation on your Outlook on Gmail, on your CRM, to actually pick up the phone and leave that individual a voice message in regard to that email.

So why do I recommend leaving voice messages?

Number 1, it tells them that you're going to be persistent and you're going to continue to follow up with them so that's a way to really shorten that cycle between the initial initial outreach and getting a response from that individual and of course in another video we'll talk a little bit more about the social media, about hitting your prospects up on LinkedIn, Twitter, et cetera.

So in terms of the content of your voice messages, what you should be leaving, much like your very personalized email where you want to be very short sweet, three to five sentences, it's a similar type situation with voice messages.

State your name, state your company, state your direct dial right out of the gate, and then keep it between about 15 to 20 seconds. I promise you no one's going to listen more than 20 seconds of a voice message, and what I would actually recommend actually just referencing the email that you sent the day before.

So you sent out your personalized email, the very next day you picked up the phone and left a message. What to do next? What should be your cadence at that point and my recommendation is from that point on every other day sending out something whether it be another voice message, shooting another email, doing a combination of both.

What I used to do is send out an email after that and then I'll follow that right up with a phone call, I'll leave a message so two, three times a week for a number of months, it takes between 8 to 12 outreaches just for you to make that initial contact with an individual.

So be persistent, stay on them, don't give up on your prospects. You've done tons of research found a great prospect you put a lot of effort into creating a very personalized email to that individual...don't just send out one email, leave one voice message, or even send out a couple emails, don't receive a response back and think that person's not interested because a lot of times that's not the case.

These people are very busy, they have a lot going on. What I also recommend is changing up the times that you're leaving those voice messages and and sending out that emails. Doing it at the same time, three o'clock everyday might not be the best because that individual might be in meetings at three o'clock every single day. So if you're not getting a response at three o'clock, the next time you leave a message next time you send out an email, try to do it early in the morning.

So to summarize, it's really really important to set up future tasks so you're following up with that individual multiple times a week, multiple times over the course of a month to really make a connection and I'd much rather you spend a lot of your time focusing on a smaller set of really solid prospects, as opposed to trying to work numerous prospects at once and sending out one or two emails and just moving on to the next.

So as always, feel free to subscribe to our YouTube channel if you have any comments you can leave them below and other than that, happy hunting, good luck, and talk to you next time! 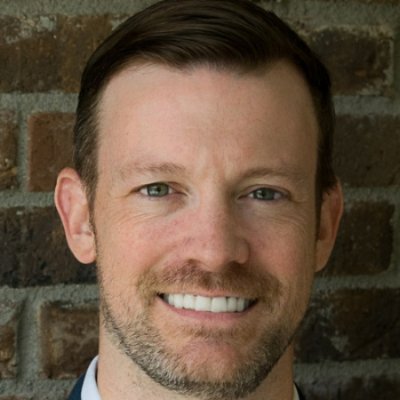