Here's How The New Tax Reform Will Affect Nonprofits

There is a general feeling of worry across the philanthropic landscape. Charities and nonprofits across the country fear a significant decrease in donations as the federal tax reform takes effect.

The reason for concern stems from the doubling of the standard deduction that comes with the new bill. The increase could cause a drop in charitable giving for as many as 30 Million taxpaying Americans.

What is the potential impact of the new bill?

In short -  this doesn’t look great for nonprofits. Initial data from the National Tax Policy Center estimates that charitable giving will decline four to six percent in 2018, or between $12 billion and $20 billion. This kind of financial hit could be devastating to smaller nonprofits and could weaken the financial health of larger organizations. According to Tim Delaney, president and CEO of the National Council of Nonprofits,“It’s not that people will stop giving, it’s just that they won’t be incentivized to give as much. And there will be very real consequences from this shortfall.”

So, what are nonprofits doing to prepare?

As a board member of the Lansing Symphony Orchestra, Charley Ballard said, “Any arts organization, whether it’s the theater or ballet, depends on ticket prices to cover a third of your costs. That means the other two thirds will have to come from somewhere else. We kind of look at the tax reform and say, ‘Gosh, our job just got a little bit harder.’”

Others organizations are more optimistic.

“We’re just going to have to work with donors in a new way,” said Rick David, director of California-based social service agency Lighthouse. “It’s a concern, but we’re optimistic at Lighthouse. If our donors gave historically, they’ll continue to give.”

It’s safe to expect organizations like the Lansing Symphony Orchestra and Lighthouse to rethink and revamp their sponsorship efforts. Engaging with the altruism and tugging on the heart strings of donors is nothing new in fundraising, but it will be a common initiative in the coming months.

You may see fundraising and development teams using more sales intelligence tools like Winmo to streamline their prospecting efforts. These organizations don’t typically have large staffs, so anything they can do to make their work more efficient is on the table.

Expect nonprofits to seek funding outside of their “comfort zone.” Corporate sponsorship and partnership deals will remain valuable because unlike many private citizens, corporations will continue to itemize and therefore will still want to take advantage of the deductions (and positive press) that come from philanthropic giving.

It will be interesting to see how it plays out. In all, nonprofits could see major threats and this bill is going to be tough for the nonprofit sector. The underlying theme is that nonprofits will continue to do good in the communities they serve and embrace the new tax reform as any other challenge they have faced in the past – head on. 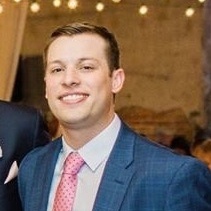 Josh is an Account Executive for Sponsorship Sales at Winmo.