Getting Better and Better at Doing the Wrong Thing

Can you imagine Tesla not tracking how many cars they built last year, or Apple being clueless about the number of iPhones produced in the last 12 months?

Such is the state of affairs in agencies today. Ask agency managers to provide a report enumerating the number and nature of outputs produced and you’re likely to get a blank stare. They can, however, provide an incredibly detailed chronicle of inputs — hours worked. This is the equivalent of Comcast tracking the labor time of its service technicians, but not the number of cable systems they installed.

In the halcyon days of Don Draper, perhaps this didn’t matter. Agencies were earning an average profit margin of 30%, and workload-per-employee was a fraction of what it is in 2018. Agencies didn’t track or bill for their time because they didn’t need to; they were earning full 15% commissions on large media budgets.

The implementation of the time-based billing model — borrowed from law firms by agency leaders like David Ogilvy in the 1980s — was actually a giant step backward for the industry. The result has been a steady decline in profitability every single decade ever since. Today, average agency profit margins hover just below 10%.

At the same time, client satisfaction with this system is at an all-time low. The bi-annual study conducted by the Association of National Advertisers in the U.S. shows that a clear majority of major global marketers want to change the way they compensate their agencies. While cutting costs is an evergreen concern for marketers, this is not their primary motivation for transforming agency remuneration. Rather, marketers need better business results, and they now realize that renting bodies is not a very effective approach for inspiring optimal performance at their agencies.

The knee-jerk reaction on both sides is to engineer more outcome-based agreements, and for the right kinds of clients and opportunities, this can be a potent way to align economic incentives. But there’s a much more elemental approach every agency can adopt starting tomorrow: stop selling inputs and instead sell outputs.

In other words, stop tracking and selling the efforts required to produce deliverables and instead track and sell the deliverables themselves. This not only conforms to the right paradigm of value (we buy the utility of an item, not the effort required to produce it), it also has the added benefit of forcing much better scope definition and management. Instead of buying ill-defined buckets of inputs, marketers can buy the outputs themselves. This helps agencies predict and manage actual workload, and gives marketers the piece of mind they won’t have to deal with agencies pleading for more money because they’re “out of hours.”

Making this transformation is a joint venture, requiring a different remuneration dialogue that focuses on what marketers really buy — outputs and outcomes — not hours, hourly rates, or staffing plans. It becomes the agency’s business to manage its internal costs in a way that returns them a fair profit.

The “time machine” that exists inside agencies — the systems that support recording, reporting, analyzing, and attempting to manage “time” — can amount to almost 20% of an agency’s total cost structure. Imagine if that effort were redirected toward measuring what really matters: project velocity, average turnaround time by project type, degree of completion by project phase, percentage of deadlines met, and — most importantly — the effectiveness of the agency’s work and recommendations.

Because agencies and their clients are focused on tracking and managing the wrong thing — inputs instead of outputs and outcomes — they are stuck on a hamster wheel of declining margins for the agency and declining marketing effectiveness for the brand. Marketers cannot hope to secure most talented people — and agencies can’t afford to pay them — if both parties are locked in a zero-sum game centered on the cost of inputs.

It’s high time to move beyond the wringing of hands about the difficulty of changing this system and start by changing the dialogue. As Peter Drucker once advised, there comes a time when we need to “Stop solving the problem and start pursuing the opportunity.” 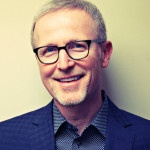 Tim Williams roams the globe in search of not only best practices, but “next practices” in the agency business. As a career agency professional and founder of Ignition Consulting Group and a perpetual student of business strategy, Tim works with agencies both here and abroad in the areas of agency positioning, structure, and pricing. In the process, he has written two books, authored articles for magazines like Advertising Age, Communication Arts, and Campaign and has been interviewed by news organizations like the New York Times, Wall Street Journal, The Economist, and National Public Radio.