CMO Breakups: 5 Brands You Should Start Wooing For New Business

Step aside Cupid! There’s a flurry of CMOs breaking up with brands and we’re here to make it right.

Like any other national holiday centered around love and chocolate-covered deliciousness, no one should be left out in the cold- including big brands. So, we’ve decided to play matchmaker and help mend the broken hearts of five brands that recently went through CMO breakups.

Keep in mind, with any CMO breakup, this typically signals that major agency roster changes are likely to occur in the next 6-18 months. That means that now is the time to start wooing these brands if you want to catch their eye or land some potential new business. They could be your perfect match!

Just a few weeks after Mark Zuckerberg announced that Facebook would limiting the ads on the platform to focus more on family and friends, CMO Gary Briggs decided it was time to see other people. Briggs announced that he would be stepping down from his position, but won’t be leaving until the new CMO comes in and gets situated, however long that may take.

Either way, Briggs will be leaving and a new CMO will be coming in, so changes are coming. That also means advertising, media and other work could be up for grabs, especially given Facebook's issues since 2016. Start contacting lower level marketing positions (director and VPs), who can help refer you to the new CMO once he/she starts. Your competition for work will include WPP's Mindshare, which has handled media since 2016. Creative is handled in-house.

Sellers - Facebook attracts a wide range of users to appeal to as many advertisers as possible. Thus, they run traditional and digital ads all year on a variety of platforms. ISpot reports a 2017 national TV spend of $12.1 million. 2016's spend was $36.6 million.

Currently, LE is on a mission to shift spend into "more effective channels," so look for more direct marketing, in addition to continued digital and print media. Note that LE is planning on opening standalone stores in fiscal 2018 and announced a new partnership with The Weather Channel last November.

Per Pathmatics, LE spent $262,000 on digital display ads in 2017. This is down from the $761,000 spent during 2016. Sellers, while 2016's spend was targeted to fashion and female-focused sites, 2017 spend shifted into coupon and deal sites. LE does not currently spend on national TV ads, according to iSpot.

Agency and maretch readers - Lands’ End handles traditional marketing in-house, while Dentsu Aegis’s 360i,  Atlanta is responsible for digital media buying and planning, search and mobile, according to Winmo. Be sure you are getting pitches together and engaging the team now.

LE has struggled to reach new and existing customers and could be looking for new partners and ideas to reach its target audience through refreshed initiatives.

Struggling Mattress Firm should be on your prospecting radar after Sicily Dickenson, CMO for only about a year, resigned (I think it went something like “It’s not you, it’s me”). The mattress retailer appears to be bouncing back quickly, already looking for her replacement while marketing VP Christy Sherrick runs the show. Also, six-year CEO Ken Murphy is stepping down. Effective March 1, he will be replaced by Steve Stagner, who has been with Mattress Firm for more than 20 years and is currently executive chairman and chairman of the board.

Major struggles plus changes at the C-suite are a big sign of marketing vendor roster changes to come within the following 18 months, especially when a CMO is involved. Now's the time for agencies who can handle this account to get on their radar. Stay engaged with those who could be involved in the procurement process and refer you to the new CMO.

Competition down the line will include Spark Foundry (media) and Droga5 (creative), both of which recently won the account. So, agencies and martech readers with omnichannel retail client experience should begin reaching out to get on the company's radar. Focus on strategies that will help Mattress Firm battle e-commerce upstarts such as Casper, Ghost Bed, Cocoon, Tuft & Needle and myriad others.

Sellers - Mattress Firm's rising marketing budget includes TV, digital, outdoor, print, radio and social media. Before departing, Dickenson said her yearly marketing budget was $360 million, and spend has been going up since 2015. Spending should (but you never know with these guys) decrease as they shutter underperforming stores, but there's still a ton of revenue to secure here. (Unless, according to this conspiracy, they have a money laundering operation going on).

Sellers with high engagement rates among female first-time homeowners and renters may have an edge securing revenue. Historically, their top advertising periods are Q3 and Q4.

We set our eyes on Lavazza early last year after hiring Brad Armistead as CMO for North America, but recently learned that he left the company late last summer. Maybe Armistead thought it was a summer fling and Lavazza wanted more. Either way, this puts the premium Italian coffee producer on edge. We're still checking to see if a new decision maker has been appointed, but in the meantime, stay top-of-mind with marketing lieutenants who can refer you to the new CMO once he or she starts.

Agencies and martech readers with beverage experience, especially those with expertise engaging upscale consumers, should have an advantage securing potential work. Competition may include WPP's MediaCom, which was hired to handle media in 2016.

Foodie and entertainment sellers will likely have an advantage securing revenue, based on their recent digital ad targeting. Like most coffee brands, the bulk of their ad budget runs during Q3-Q4.

ISpot reports a 2017 national TV spend of $867,359, though the bulk of this came from their Wimbledon sponsorship.

Mercy Corps, a Portland, OR-based global humanitarian aid agency, is on the hunt for a new CMO after Dara Royer, who was in the position for just under four years, left in July. She's chief communications officer at Syracuse University now, and it seems like she’s really happy (Mercy is doing great without her - they’re FINE everything is FINE). In the interim, Mercy veteran Graham Craft, VP of corporate and foundation partnerships since 2014, is leading the department as chief development and marketing officer to lead the department.

Agency and martech readers - since the nonprofit is looking for a new CMO, don't expect immediate marketing roster changes. However, like we’ve said before, changes could be on the way 6-18 months after hiring a new CMO, so PR and/or digital agencies with nonprofit experience should start getting on Mercy's radar now. Engage C-suite and lower level marketing personnel, who may be involved in the procurement process, or, at the very least, can refer you to the new decision maker.

Sellers - Mercy's marketing presence includes a mix of digital, fundraising events, outdoor, print, social, cause marketing and email marketing. They also rely on the help of their partners, including Cisco, Google, Starbucks, TripAdvisor and the BIll & Melinda Gates Foundation.

Like most nonprofits, Mercy runs most of its ads during Q4-Q1 to cash in on people who are in the giving spirit during the holidays (although, the new tax reform could change this). Otherwise, look for campaigns tied to humanitarian efforts to spur donations. For example, ads now centered around the ongoing Syrian refugee crisis. 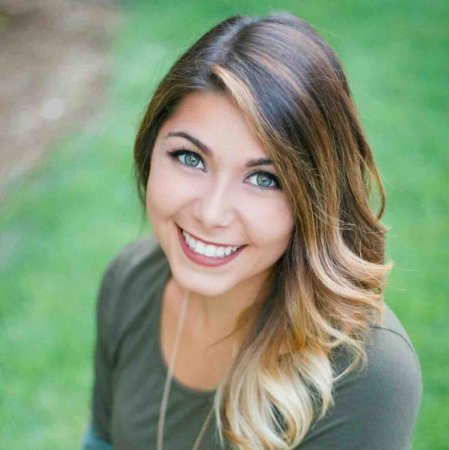